Yes, we’re talking about the most coveted music celebration in the Republic of Georgia — the “Golden Wave” Awards organized by Radio Holding Fortuna.

The star-studded event, which took place on Tuesday, was an A-list only gathering and Wiwibloggs was honoured to be the only international media outlet invited to the festivities.

Our Rezo Mamsikashvili was on hand to take in the performances and to jot down some important notes.

We were invited to Georgia’s coveted “Golden Wave” Awards ceremony in Tbilisi, which was Organized by Radio Holding Fortuna. Some of your favourite #Eurovision stars were there. @sofianizharadze — who sang for Georgia at Eurovision 2010 — won Female Singer of the Year agan and @nodikotatishviliofficial — who sang for Georgia at Eurovision 2013 — won Song of the Year for “Once in the Rainy City”. Scroll right ➡ to watch Sofia’s performance and Eurovision 2015 star @ninasublatti with her latest song. Would you like to see them back on the Eurovision stage in the future? Let us know your thoughts below and stay tuned for the full story on wiwibloggs #SpecialGuest #Wiwibloggs #GoldenWave2018 #EurovisionStars #Georgia

n Georgia performing at Eurovision can turn singers into treasured national icons. The latest ESC stars to prove the point are Sofia Nizharadze and Nodi Tatishvili, who won Awards for best female singer and song of the year.

Sofia — who sang for Georgia at Eurovision 2010 — won Female Singer of the Year again for the song “I Know to Keep the Secret”.

Our readers will remember her best for her dazzling performance in Oslo eight years ago. Her amazing voice and unforgettable staging, which included a series of bodies splayed on the floor, remains a favourite among many Eurofans. Her stellar vocals catapulted her to ninth place.

Nodi Tatishvili — who sang for Georgia at Eurovision 2013 — won the main prize, Song of the Year, for “Once in the Rainy City,” featuring Salome Bakuradze.

Nodi and his duet partner Sophie Gelovani took Georgia to the grand final at Eurovision 2013 with their power ballad “Waterfall”. It featured some rather explosive staging, including plenty of pyro showers. You may want to slip on some sunglasses when you rewatch it!

The “Golden Wave” Awards recognize singers across a number of categories and are judged by a select group of industry professionals. This year one of judges was Composer Giga Kukhianidze, who has worked on almost all of Georgia’s Junior Eurovision songs.

Would you like to see them back on the Eurovision stage in in the future? Do you still rate their Eurovision performances? Let us know in the comments box below. 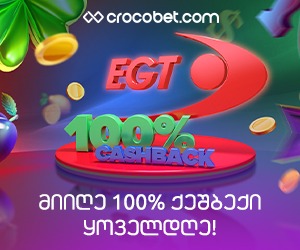